Doesn’t this cat look dangerous! Well, he actually is a big goof.  I am always surprised to get a picture of him, he normally turns out fuzzy in photos. He is one of our Halloween kitties. He looks great on a black T-shirt. Will be @Redbubble and @Zazzle soon.  Right now he is being a computer cat,  you know the story,  spread out over two arms on the desk,  so that the circulation in your arms is cut off and you can hardly reach the mouse.

Likken, our little otherworldly kitty. I finally got a picture of him  in focus by waving catnip in front of his nose. I have shot about 200 pictures of this little rascal and they were all fuzzy.  He does not seem to be in our same plane of existence.

This picture does not do justice to the Tim Burton quality of this cat. His legs are incredibly long for his size. 8 inches. He is a little 7 pound cat with long long long legs.

Likken can fly. He was on a cat tree above the level of the door off to the side. He jumped to the other room to a ledge that was off to the side above the door. So to go from one ledge to another he had to soar under the door frame. He opens doors, we had to put a padlock on the catio. We have to keep the cat treats in a metal box with a latch because of him.

I had seen him around the neighborhood casing the place. He finally made his decision to introduce himself. We invited him in and, yep, he adopted us. He was so skinny that he had started to lose some of his hair in places.  We tried to fatten him up but sometimes when he runs through the house, like a light beam from a rotating disco ball, he must burn those calories. He finally has some meat on his little thighs and his hair has grown back in.

I have never met a cat quite like him.

So this is my part of life with cats. I washed these curtains and had set them on a table so I could sort them out and hung up again.

This little stinker aka Bombastic Bella decided she liked the smell of clean curtains and…… well, she was just too cute to move. She does look slightly dangerous, though.  I’m glad she is a domestic cat and about 10 pounds, otherwise she would be scary. 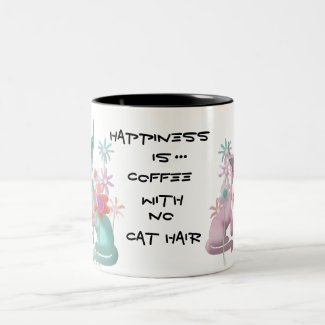 Little Girl, Stomach, Tiny Tina. All of the these names. She meeps at us, louder than a meow, she reverberates throughout the house. She has been running around our house for almost 5 years. We tried catching her numerous times. She went through two screens, out a door, and one bloodied arm to get out. Her mate disappeared last year and none of the other feral/stray cats in the neighborhood wanted to cuddle with her. She finally let us catch her one more time.

We decided to cage her so that she would feel secure and get to meet the other cats on her own terms. It was a double cage with her sleeping and eating area not accessible to the other cats. She had a perch and potty in the other cage. The litter box was also blocked off for “privacy”.  I slowly removed the blocks and we also allowed her roaming time after locking the others in a bedroom.

Little Girl is now out of the cage and she is the cutest cat we have in mannerisms. Such a coquette.  This journey for her took about 6 months of cooing, cuddling, and acclimating her to her new environment and friends.  I don’t think she wants to go outside ever again except to the catio we have in our backyard.

Yep, his full name is “His name is Mudd” Mudd for short. I did not realize how big this cat was. I measure the arm of the chair at 2 feet. No wonder he is a sooo much heavier than the rest of the cats.  He is like James Dean in a cat! Hmmm, maybe a biker vest with a patch.  No pretty name for this cat.

I had a lot of fun creating phone cases today. These cases are at my Zazzle Store. 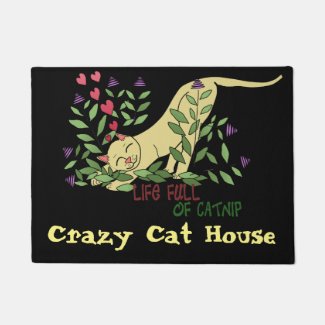 Bella, our youngest cat. This is her face 70% of the time. She seems annoyed all the time but, she is one of our sweetest cats. She has another plus, she if afraid of the dog, as if the foo foo dog is scary. She is sooo cute.

Bella, one of our cats, is annoyed I pointed the camera at her. This is her “I’m going to eat you” look. I absolutely love this look. We normally call her Tinker Bella but, she has gotten rid of her tink. Where did that collar go?

A cat love tapping another cat. Look at me. Hey! We have a skinny black cat with incredibly long legs that does this. A Tim Burton cat. #alburtonart #valentine

Great for a kids room.

I love anything that is whimsical, beautiful, full of joy,  colorful and some what practical....  most of the time.

Every day should be full of happiness and joy. Making Art with too many silly cats.